Lessons in Social Media from the 2012 Olympics

The 2012 Olympic Games in London have been dubbed the “the world’s first social games” since an unprecedented number of athletes, media, brands and members of the general public provided news and commentary via Twitter and Facebook.

The practice of and reaction to social media at these games seemed to reinforce notions of do’s and don’ts about the use of social media. Here are few:

— Don’t tweet potentially offensive comments, especially if you’re in a highly visible position. Greek athlete Voula Papachristou was kicked off the team and sent home for tweeting a comment about Africans in Greece attracting mosquitoes with West Nile virus.

— Do acknowledge legitimate criticism. NBC got flamed in social media for bandwith and capacity issues with their live streaming of events. Although the network acknowledged difficulties, they didn’t necessarily fix them in time.

— Do have a sense of humor. When a photo of McKayla Maroney’s facial expression went viral and created the “McKayla is not impressed” meme, the gymnast laughed it off and even got her teammates to participate. She didn’t lash out or withdraw from the media.

As social media continues to evolve, so will accepted norms and guidelines. Let’s see what happens at the Winter Olympics in Russia in 2014. 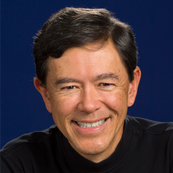